What the scientists say 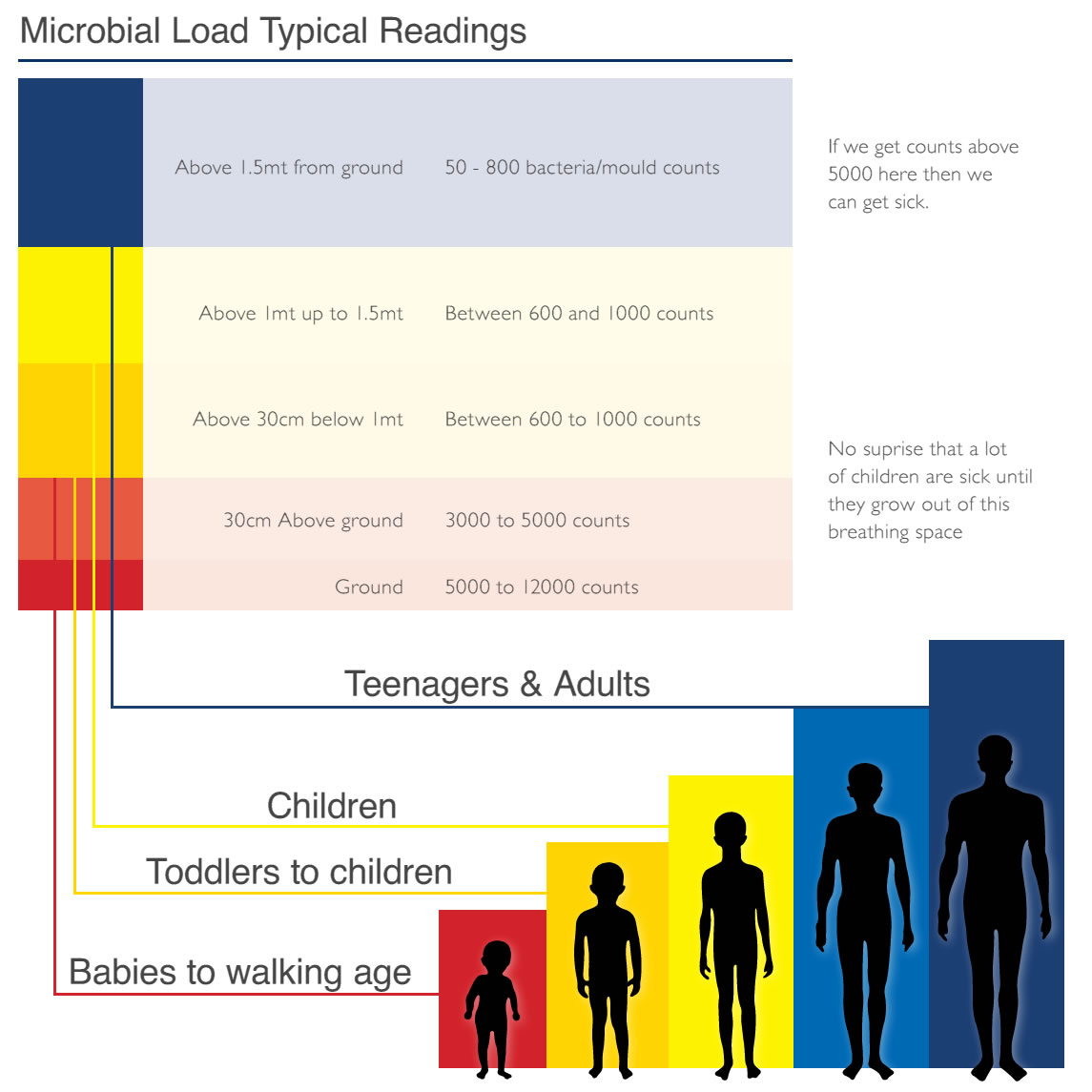 The table below, shows mixes of indicator organisms used.
It is only made to represents efficacy of SAN-AIR™, however
we recommend testing before and after application to ensure
SAN-AIR™ works in your chosen application.

Timed results are used to show you that the longer the product is given a
chance to circulate in the indoor air space, the more unwanted mould and
bacteria it will kill. Field results show quite clearly that after several weeks
mould will start also dying back on surfaces.
Clean first then start using SAN-AIR™ in the air stream and it will take a
really long time to see mould again appear in your indoor air space 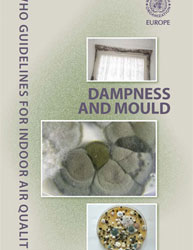 WHO Guideline for Mould and bacterial control

Daniel Massaioli has developed SAN-AIR™ to the powerful product it is today over a number of years.

Daniel’s background in Science has led him to develop several products across a number of fields, from organic cosmetics, plant nutrients, industrial cleaners and several pharmaceutical preparations to name a few industries.

Currently very much involved in the field of Indoor Air Quality, he strives to develop an easy to use product family which is sustainable and organically derived.

We have many Microbiological tests results, which show better than 98% removal of fungi from the indoor air environment, but we find the best illustration is given by this test example.

We use a modern laboratory facility for research and quality control.

We have many satisfied customers

We had this never ending mould growth under our refrigerator and underneath the cash register. We followed cleaning instructions for the SAN-AIR surface sanitiser then installed the disperser with one canister of SAN-AIR gel. Customers have been coming in commenting how clean the shop smells now – Ice Creamery Windsor

San Air is one of the few products I have used that has actually provided results equal to or greater than what that it boasts on the label. I had heard of friends using San Air for the first time after relatively long periods of illness such as coughing or prolonged colds or flues and that it had always eliminated or drastically reduced the duration of these illnesses, so I was keen to see for myself. I have used it multiple times in my room and work office to get rid of long lasting coughs (including whooping cough) and it has never failed me. I would be very happy to recommend San Air to all my friends and family as I have seen the results first hand. – MP (S Hills)

Just a quick note to advise you of our complete satisfaction with both the room and car sanitisers. As you know we were particularly concerned recently as to the quality of air in our new home largely due to nicotine residues and clogged filters in the air conditioning system.

After cleaning the system we placed one room canister in an outlet on the upper and ground floors and followed the instructions. The result was quite unexpected. The rooms smelt fresh within a few hours and even the smell of fresh paint in one area disappeared. I can recommend this product without hesitation.

The car unit was placed in the company truck and it is now a pleasure to get in and drive it. Thank you for the time you took to help us. Kind regards Alan Davidson, Company Director, Nudie Juice Company

We have a damp house. I use san-air in my cupboards to keep the mould and smells away. It really works and I have just purchased more to use throughout the house. Thanks so much. – Heather from Cambewarra (May 2013)

I am using the substance (SAN-AIR sic) you gave me in the air conditioning inlet vent and had it turned on the whole day last Monday per your advise. I now use the heater in the morning and once in the evening for about 2 hours each day. I must say I have not had an asthma attack since I started using it.” P.S.

I put my mouldy tennis shoes in a box with SAN-AIR, and left it for 3 days as instructed. When I looked again, I couldn’t believe it! The mould had dried up and I just shook it off the shoes which noiw look clean. Before I did this I could not touch the mould it would smear the shoes.” R.M.

We had a minor flood in our Hair Salon over the weekend. Appalled by the sickening smell we quickly mopped up and opened 2 jars of San Air full blast. We were amazed at how effective San Air is. By the afternoon the terrible stench was completely gone and replaced by the very pleasant smell of San Air. Fantastic! – Sharron, Bomaderry, NSW

Our shop got a musty smell and it seemd to come from the air conditioner. We placed SAN-AIR in the return air and now our customers tell us how good it is we cleaned our shop.” M.MC.

We had a significant mould problem inside the sink cabinet in the kitchen. We opened a pack of SAN-AIR and placed near the side most affected. The difference after a few days was amazing. R (Petersham)

I had someone throw up in the passenger seat of my car and in the air-conditioning vent. It remained there over night. After cleaning, the smell was still very potent and overwhelming. I used SAN-AIR as instructed and the smell disappeared within 10 days. I was really impressed and pleased with this product. …also thanks again because it is a bloody great product VM, Dural NSW

We have used San Air in our healthcare facility and have found them to be more effective than automated deodorisers that are expensive and problematic.
I have found them to be very useful in all kinds of places including the clinic, client’s rooms and dining areas.
San Air is also used in the Kitchen cool room and fridges.
I have recommended this product to other facility managers within our organisation as I believe it to be an inexpensive and effective way to address issues from bad odours to mould and mildew.
John Parker, Services Administrator, St Vincent de Paul Society NSW

You can purchase SAN-AIR from the distributor - Dunbar Services

We have an advance laboratory capable of doing its own testing on just about anything to do with our business and yours. Ask us about analysis and Indoor Air Quality measurement.

You can purchase SAN-AIR from the distributor - Dunbar Services